Gardening Mistakes – the 7 worst – when Growing Vegetables in the UAE ‎ 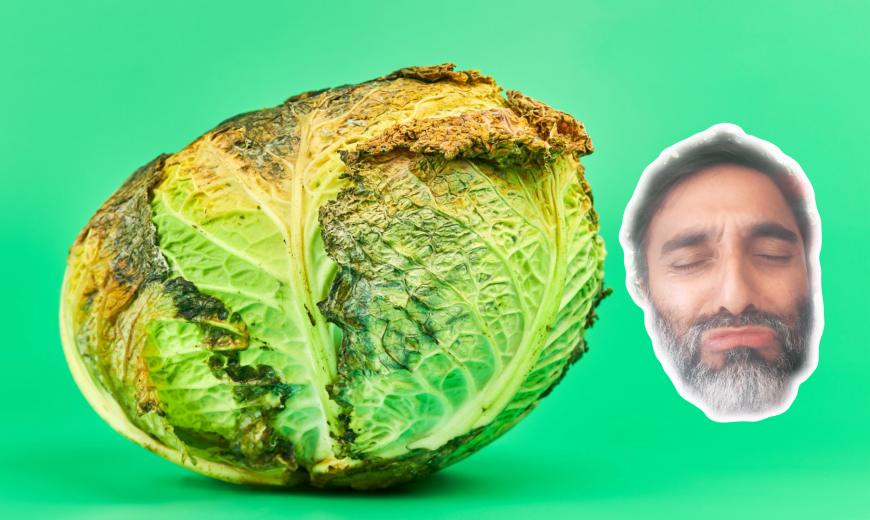 Common Gardening Mistakes to Avoid (like the locust plague!)

Gardening is fun and rewarding. ESPECIALLY SO when you avoid the most common mistakes that even the best gardeners sometimes make.

By avoiding these mistakes, you’re so much more likely to have a thriving home garden.

I’ve compiled a list of the mistakes that I have personally made when beginning as a gardener – and that many in our gardening community continue to struggle with. Why? To save you the time and hassle of trying and failing. 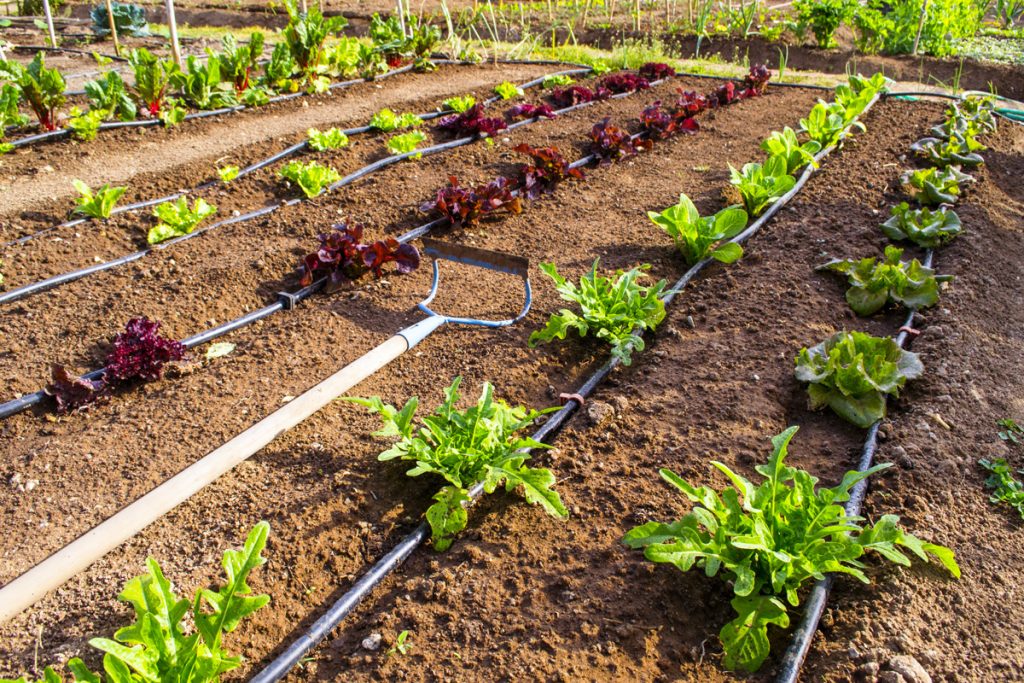 “Give me space” is probably what you’ll hear your vegetables screaming if you listened close enough!

One of the biggest mistakes home gardeners make is not spacing their vegetables far enough.

Like the container gardening mistaken of trying to grow more than a single tomato or zucchini plant in a 20 liter container!

Or the raised bed gardening mistake of trying to grow tomatoes and sweet potatoes in a raised bed only 30cm deep!

Trust me, I’ve seen it, and it’s not pretty!

So why is the right garden spacing important?

It’s important because plant roots need space to spread and absorb nutrients, particularly the heavy-feeding zucchini and tomatoes, that we leave 60cm between one plant and the next.

Here are some helpful plant spacing numbers to keep in mind when growing your summer favourites:

⭐ Tomatoes and Zucchini – 60cm within the row, 90cm between rows OR 1 per 40 liter container

⭐ Molokhia – 4cm within the row, 15cm between rows OR sow by broadcast in a 40 liter container

Water Mess! Watering your Vegetable Garden in the UAE correctly..

Another big mistake that home vegetable gardeners make is watering too much or too little.

Water is a sensitive issue in the UAE, where the country is ranked 10th in the world for water scarcity posing the greatest risk. Therefore, it is especially important not to overwater to conserve water. Yet, overwatering – and underwatering – can be bad for your vegetables!

When you water too much,  you waste water, you leach nutrients, risk root rot and can suffocate your plants.

When you water too little, plants dry out and die.

So how much should you water? There are our 10 simple rules for watering when growing vegetables in the UAE:

6. Use a reliable drip irrigation system so that your watering schedule is organized. Alternatively, water by hand, and preferably early in the morning, and if needed, again in the afternoon.

7. Place your drip irrigation pipes closer to the main stem if your soil profile is sandy, and further apart if it is clayey (because of the lateral spread of water in different soils)

8. When watering seeds in your main growing area, use a fan nozzle or a watering spout with fine holes to reduce the risk of displacing your seeds.

9. Conserve water using the following: straw, wood chips, or plastic mulch. if summers are hot, as they are in the UAE and in the Middle East generally, avoid using plastic mulch during the summers.

10. In order to provide your plants’ roots water, water needs to perlocate to a depth of roughly 30 centimeters for most vegetables, and as deep as 60 centimeters for others like tomatoes, corn and melon. You can confirm your watering is answering this need by inserting a stick to see how easily it descends; when it stops descending easily it is likely to have hit dry area.

Not following the UAE growing season

“Lettuce doesn’t grow in the summer?!” 😱

One of the biggest mistakes home gardeners make is not planting in the right season.

Like when trying to grow broccoli, cabbage and lettuce in the summer. Or expecting tomato to do as well in cool weather as it does in warm weather.

This is a rather simple rule to follow so that you sow in the right season:

And among the few things you can keep growing in your summer garden in the hot Gulf months of June-August are molokhia, sweet potato and purslane.

…. And yes, you can grow lettuce in the summer!

But that needs to be when the temperature in your garden is ‘warm’ (early to mid-30s) and not ‘hot’ – but you’ll need to buy special ‘slow bolt’ or ‘heat tolerant’ varieties (like ‘Rex’ or ‘Summer Bib’ or ‘Buttercrunch’).

The warm season for growing vegetables in the UAE, other Gulf countries, and interior North Africa is February to May, and September to October. The cool season is November to January/early February.

Getting your garden orientation layout wrong 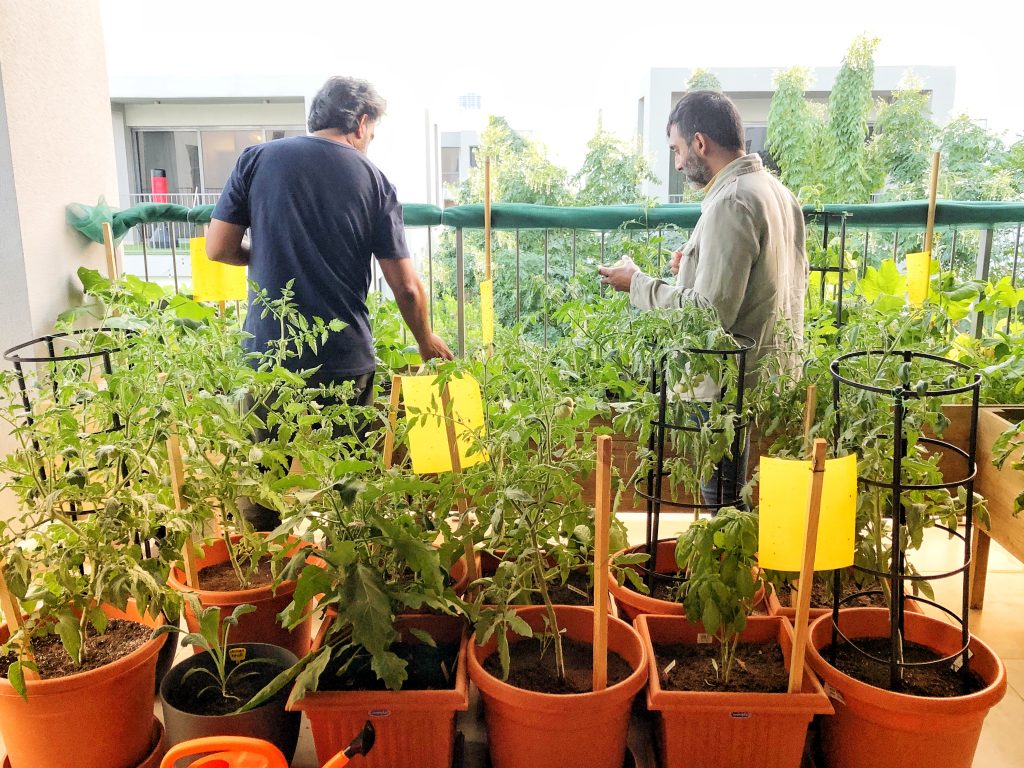 “Should I plant tomatoes on the north side or south side?!

Should my raised beds run north-south or ‎east-west?”

One of the gardener’s biggest mistakes is not positioning their vegetables correctly. ‎

When I first started, I remember how the eggplants on the north side of pomegranate trees did MUCH ‎WORSE than those that were in open sun. Why?

I had forgotten gardening’s important guideline, “veggies need 6-8 hours of direct sun to grow ‎successfully”. The pomegranate trees cast a shade on the eggplants and so the output was both little ‎in number and size. ‎

Use these rules to grow successfully:‎

‎⭐ Should your beds be east-west or north-south? For more uniform light, plant north-south. ‎However, for short crops like carrots and radish, both orientations are fine! 🙂

Harvesting Vegetables in the UAE often

“I need to harvest every second day?!”

One of the biggest oversights home gardeners make is not harvesting often enough!

Also, fruit that is allowed to sit too long on the plant can either spoil or passes its ideal period for consumption.

Don’t forget to dispose of the old 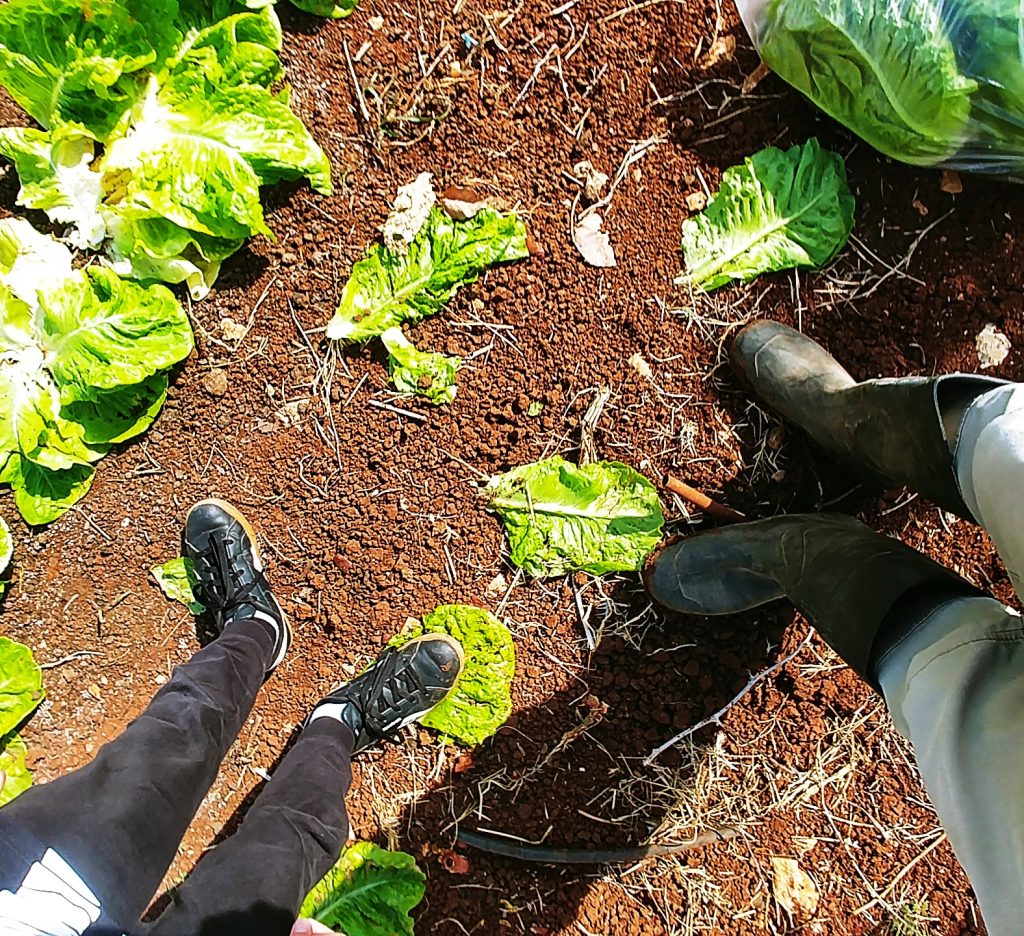 After crops have been harvested, don’t forget to dispose properly of the remnants (also known as vegetable culls).

If the culls are diseased, then they need to be removed off your garden patch and into the garbage bin.

If the culls aren’t diseased, then scraps, old stems and leaves etc. can either be broken down and incorporated into the soil to allow it to decompose. However, the culls need to decompose in the soil before new vegetables are planted therein.

The culls without disease can also be used in your compost heap.

If you do decide to let certain plants flower so you can save seed or attract pollinators, then that’s cool, but keep the soil moist with water or mulch to keep soil life active. 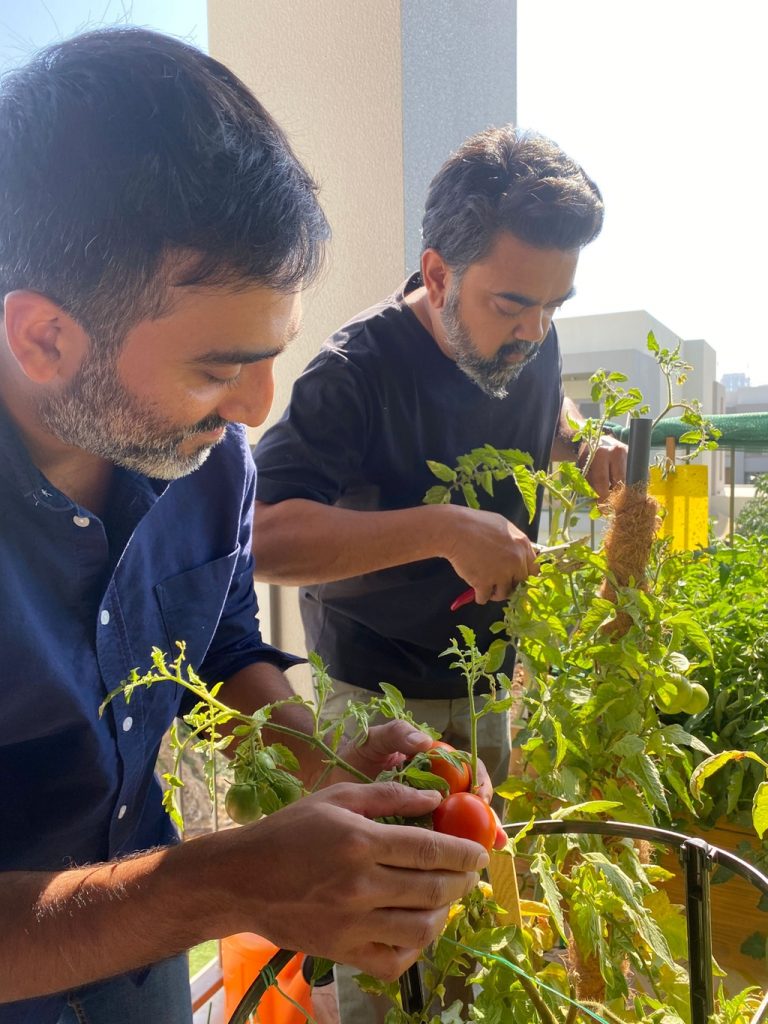 The above mistakes happen to the best of us! So don’t forget to reach out for help. Connect with gardeners in your community, with the gardening groups online or reach out to us. Remember, you are not alone on this gardening adventure!

Whether you are vegetable gardening in the UAE or container gardening in Qatar or raised bed gardening in Saudi Arabia or growing vegetables in the ground in Kuwait or sowing seeds in your 7akoora / backyard in Palestine, Lebanon, Jordan or Tunisia (or anywhere else in the Middle East, really), these are the most common mistakes for home gardeners to avoid.

If you’re just getting started with vegetable gardening, then download the Checklist with more helpful tips and mistakes to avoid when gardening for beginners.

Did you make any gardening mistakes that we ought to avoid? Share them in the comments below for the benefit of all of us! 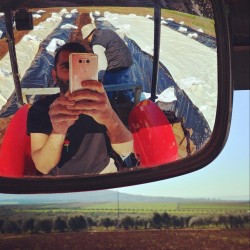 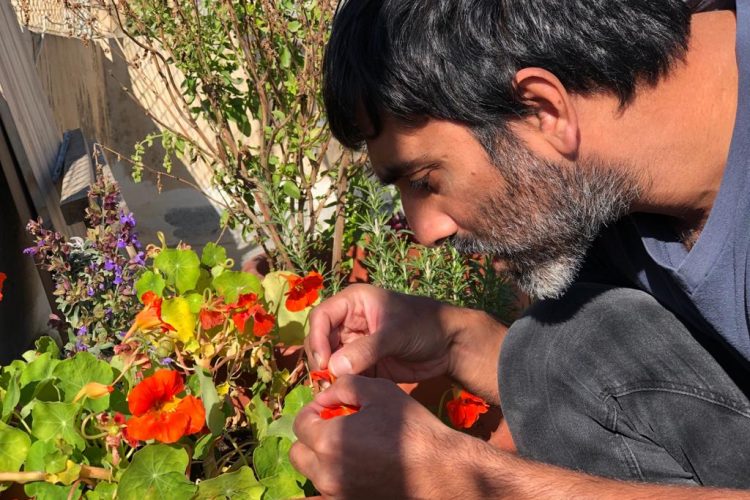 Gardening Resolutions: 7 No-Brainer Reasons to Grow a Garden in 2021

If 2020 has taught us anything it’s that we ought not to take for...
Starting a Garden 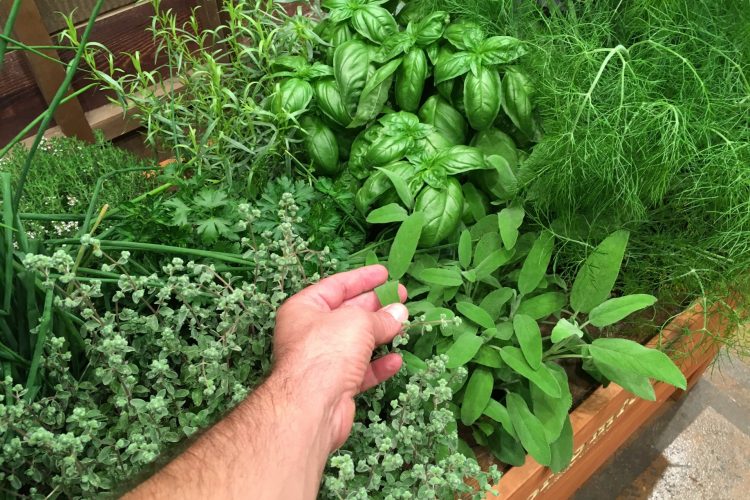 Welcome to nursery school! In today’s lesson, we’d like to get back to basics,...